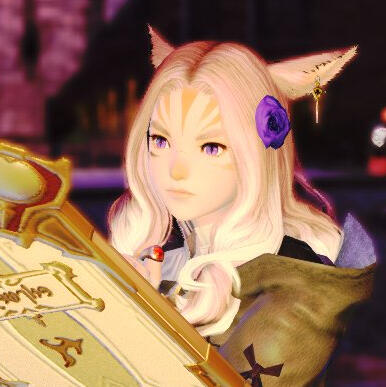 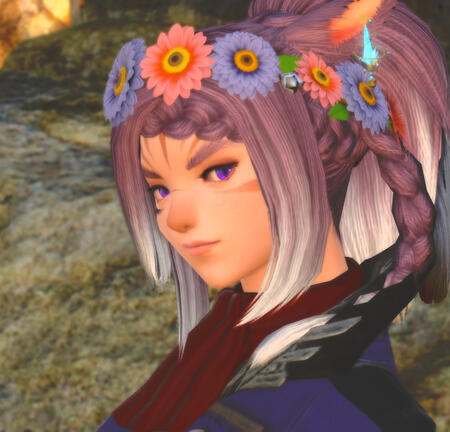 Wall of text beyond here, be warned! 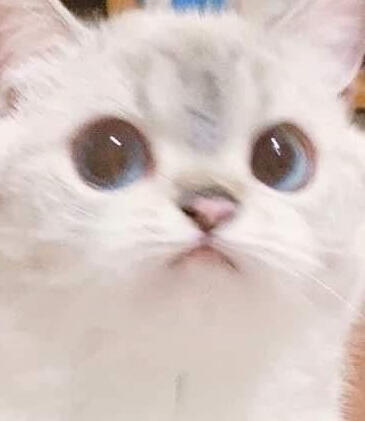 Race: Miqo'te (Mixed Seeker of the Sun and Keeper of the Moon heritage.)

Age: ~23 at beginning of A Realm Reborn, though she doesn't know her real age.

Notable features: Short stature, scar over bridge of nose and under right eye.

Misc: Despises lying. Takes any promise as serious as her own life. Has a tendency to get lost anywhere but Coerthas.

Basic Backstory Information: aka the tl;dr
Millennia possesses no memories prior to the Seventh Umbral Calamity. Shortly after Dalamud's fall she awoke in a forest in the Coerthas Central Highlands, mortally wounded with snow falling all around her. She was found by an older Elezen woman named Maurizia, who saved her life and provided her a place to stay while she recovered. She taught Millennia a variety of trades and encouraged her learning of arcanima (perhaps re-learning would be more appropriate), and encouraged her friendships with others beyond herself, though in particular those at Camp Dragonhead. Maurizia had a way of knowing what was to come, and perhaps that was why these friendships were encouraged-- just over two and a half years after their first meeting, Maurizia was killed by one of the Dravanian Horde, and after grieving the loss of her dear friend, Millennia chose to enlist properly with House Fortemps as a Warrior-Scholar.


Despite often facing scorn as an "outsider", Coerthas is all Millennia knew, and the pain of the Dragonsong War a common thread through the life she'd led. And so after saving her money, she determined to leave for Eorzea proper in order to-- maybe, just maybe-- find the solution that might end the thousand-year war once and for all.

Naturally, Millennia would sign up for the Arcanist's Guild in Limsa Lominsa and be scouted for the Scions of the Seventh Dawn by Y'shtola-- but also for a company of adventurers blessed by Hydaelyn, the Free Company Ostaria.

She can often be found in Coerthas's various territories, in Ul'dah near the Hall of Flames, or in the Lavender Beds at the Free Company house.

Hey everyone! Call me Mitsu! I'm 24 and I'd appreciate if you could use she/her or they/them pronouns for me. I've been RPing for over a decade now, and most of my experience is on Discord or Tumblr.

If you have any questions you are more than welcome to ask me personally ooc!

Millennia is very flirtatious, and while I love shipping, she isn't quick to develop real romantic feelings-- a lot of her feelings towards others are largely physical attraction. I would prefer to RP actual smut in DMs or on Discord, and goes without saying only with other adults!

That said, I would love to ship with Mill-- there are quite a few NPCs I'm interested in shipping with (not to mention all the wonderful ocs I've seen around!), so if you'd like to give it a shot please let me know!

Thank you so much for reading!